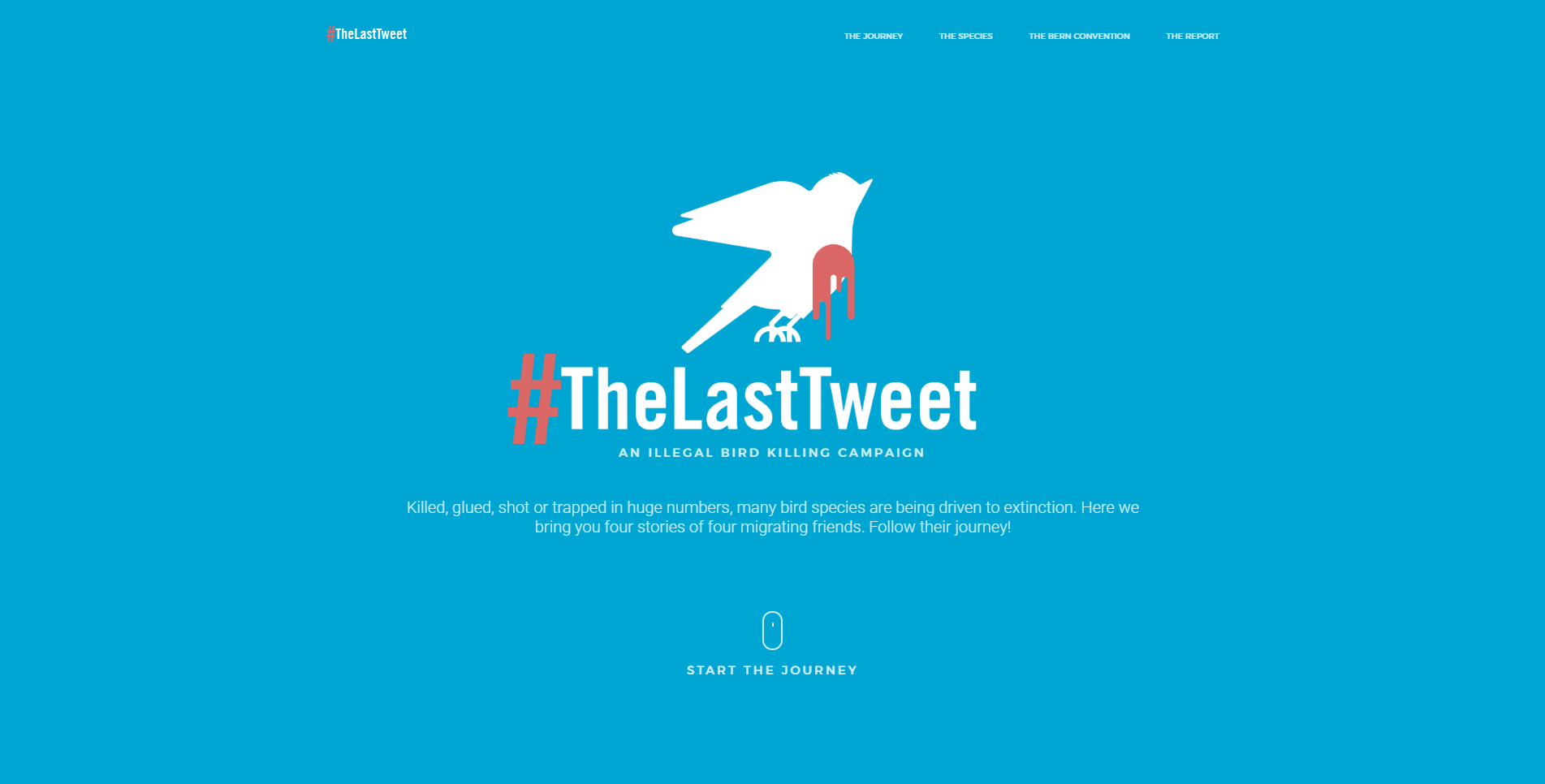 The story of a migration journey that ends too soon

Shot, glued, trapped. Many migratory birds species are being driven to extinction around Europe due to these horrific practices. For many years, the Bern Convention has worked with governments to end this slaughter, but the time for a big public campaign had come.  As Twitter is a powerful awareness tool, and… well, tweeting is what birds do, we chose this channel for the campaign. We created four different fictional characters with their own Twitter account: Red the Robin, Ninja Dove, Albert the Goldfinch and Sylvia the Blackcap. These humanized birds told us the story, the fears and joys of their migration adventure. Until their path ends with their last tweet.